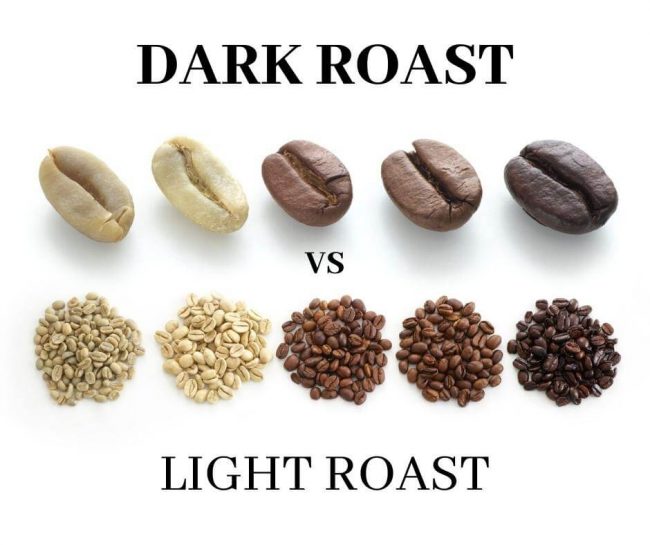 This post may contain affiliate links. As an Amazon Associate, I earn commissions from qualifying purchases. Please read the full disclosure here.

The Keurig has fast become the go-to appliance for people looking for a quick caffeine fix to help them get their day started. The Keurig coffee machine has become so popular that it has almost become synonymous with fantastic coffee.

For most of us, drinking a cup of coffee is all about getting that jolt of energy through caffeine that feels almost like an adrenaline shot straight to the heart each morning. It gets us up, focused, active, and running to pursue our hopes. It motivates us to go about our day with a better attitude.

The real question is, are you drinking the right roast that will maximize your caffeine buzz to the optimal level? The most common question people wonder is, “Does dark roast have more caffeine in a Keurig?” The short answer is, “No. Not really.”

There is a misconception among people that dark roast has more caffeine because it is darker. Other people tend to believe that light roast contains more caffeine than dark roast because the process of roasting destroys caffeine. It might surprise you to learn that both ways of thinking are not entirely correct.

Of Roast Levels, Coffee, and Caffeine

The roast level and caffeine in a K-Cup have a little impact on each other. It turns out that caffeine is extremely stable. It can almost entirely withstand the roasting process regardless of the level of roasting. The roast level does have a slight impact on the caffeine level, but it is so minimal that you can only tell the difference in a laboratory setting.

Light roast, medium roast, or dark roast will get you equally caffeinated coffee. The real difference in caffeine level depends on the type of coffee beans used in the grounds.

While there are several types of coffee beans, two species are primarily cultivated around the world and used in the coffee we drink are Arabica coffee and Robusta coffee.

With almost twice the amount of caffeine content, the difference between Robusta and Arabica clearly shows us why that is the most crucial factor behind the caffeine levels.

Is the Coffee Roast Level Important?

The roast does not create a significant difference in the caffeine level. Still, it has an impact on the overall coffee drinking experience you can have. In that sense, the roast level is important when it comes to the taste of the coffee. To read more about that, you can visit our article that discusses the taste differences between dark roast and light roast by clicking here.

The degree to which coffee beans are roasted is one of the most important factors to determine the experience of drinking the beverage you prepare from it. Before coffee is roasted, coffee beans are green and soft. The roasting process transforms these raw beans into the wonderfully aromatic, flavorful, and crunchy coffee beans that we use to make our favorite beverage.

It is important to note that the coffee beans’ roast level can ever so slightly affect the caffeine content. As the roasting process warms up the coffee beans, it leads to cooking the beans and changing the chemical structure of it. While most of the roasting affects the taste, it causes a bit of deterioration in its caffeine content as it is roasted.

The type of roast ranges from light roast to dark roast. As the coffee beans absorb heat during the roasting process, their color turns darker. Oils begin to appear on the surface of coffee beans as the temperature rises. Color is not an accurate way of determining the roast since coffee beans can vary from region to region.

Which Type of Roast Has More Caffeine?

There are three main types of roasts available for consumption in K-Cups: Light roast, medium roast, and Dark roast. The preference for roast levels is entirely subjective. Coffee drinkers in different parts of the world have a variety of preferences when it comes to the roast they drink.

Light roasts are generally light brown. It has a lighter body and no oil on the surface of the beans. Due to the very light roasting process, the inner structure of light roast blend coffee beans is almost the same as it is in its natural state. It also means that there is barely any deterioration of caffeine within the beans.

Dark roasted coffee beans are dark brown. In some cases, depending on the coffee bean, they can even be black. There is a sheen on the surface of dark roasted coffee beans due to the oil that secretes to the surface during roasting. Since they absorb more heat and for a longer period compared to light and medium roasts, the caffeine content does slightly deteriorate within dark roast coffee beans. Again, the deterioration of caffeine is not noticeable when you’re drinking it.

The Keurig coffee maker has been a game-changer when it comes to the coffee drinking experience. The company has partnered with several brands over the years to create hundreds of flavors available in pods called K-Cups. The K-Cups come in a variety of flavors, roast levels, and caffeine levels for coffee lovers to enjoy.

If you want to get a greater kick out of your morning K-Cup, you should look for a product with greater caffeine levels instead of a darker roast. A dark roast coffee doesn’t need to have more caffeine in a Keurig. For those of you who want a stronger caffeine kick, look for a K-Cup with a blend that has more Robusta coffee beans. If you are looking for less caffeine, look for Arabica beans. Indeed, that will create a difference.

We hope this article helped you clear up any confusion you might have regarding roast levels and caffeine levels.